【Meiruier Filter】How to tell if the oil filter is leaking 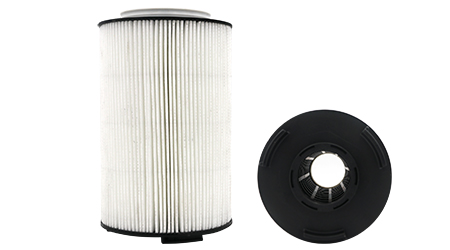 Here's how to tell if the oil filter is leaking:
1. Oil is mainly used to lubricate the engine, so oil leakage is inseparable from the engine. It can be said that it is the root cause. The failure of oil leakage is basically impossible to prevent, and this phenomenon mostly occurs in some "older" cars. Generally, oil leakage is mainly caused by the aging of the engine gasket and oil seal. In the face of oil leakage, the owner can only do prevention;
2. Engine oil seepage, this oil seepage is not obvious and not easy to be detected. In this case, it is usually discovered by technicians when doing maintenance. In fact, as a car owner, you can make a simple judgment by yourself;
3. Don't forget to open the front hood and take a look during the usual car wash. Under normal circumstances, there will be thick sludge around the engine that is prone to oil leakage or has been touched by oil. The probability of oil leakage in this area is relatively high. Usually engine oil leakage is not very serious, but always pay attention to the oil level of the oil.

1. The oil filter element is the oil filter. The function of the oil filter is to filter out the sundries, gums and moisture in the oil, and deliver clean oil to each lubricating part;
2. Due to the high viscosity of the oil itself and the high content of impurities in the oil, in order to improve the filtration efficiency, the oil filter generally has three levels, namely the oil collector filter, the oil coarse filter and the oil fine filter. The filter is installed in the front oil pan of the oil pump, generally using a metal filter type;
3. The oil filter is installed behind the oil pump and is connected in series with the main oil passage. There are mainly metal scraper type, sawdust filter type and microporous filter paper type. Now the microporous filter paper type is mainly used. The oil fine filter is installed in parallel with the main oil passage after the oil pump. There are mainly two types of microporous filter paper type and rotor type;
4. The rotor-type oil fine filter adopts centrifugal filter without filter element, which effectively solves the contradiction between oil passability and filter efficiency.