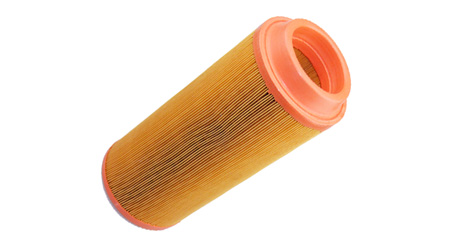 Replacing the engine air intake filter is the most common item in daily maintenance. The vehicle needs to be replaced after a certain mileage. Generally, it is recommended to replace it once every 10,000 kilometers or 6 months.

Relevant information of the air filter:
1. Among the thousands of parts and components of the car, the air filter is an extremely inconspicuous component. Because it is not directly related to the technical performance of the car, but in the actual use of the car, the air filter has a great impact on the service life of the car, especially the engine;
2. On the one hand, if there is no filtering effect of the air filter, the engine will inhale a large amount of air containing dust and particles, causing serious wear of the engine cylinder. On the other hand, if it is not maintained for a long time during use, the filter element of the air filter will be filled with dust in the air, which will not only reduces the filtering capacity, but also hinders the air circulation, causing the mixture to be too thick and causing the engine to work abnormally;
3. Generally speaking, it is replaced every 10,000 kilometers and 6 months, one at a time. Of course, the maintenance cycle of different brands is not exactly the same. The specific replacement cycle is scheduled according to the requirements of the car manufacturer, its own usage, and the environment. For example, if you use a car under severe smog, it is best to replace it every 3 months.