I believe friends who know about filters should also know that diesel engines have four filters: air filter, oil filter, fuel filter, and cooling water, which are generally called "four filters". They are respectively responsible for the filtration of impurities in the engine air intake system, lubrication system, combustion system and cooling water system. Now, let Meiruier analyze and analyze it in detail for everyone. Let’s take a look: 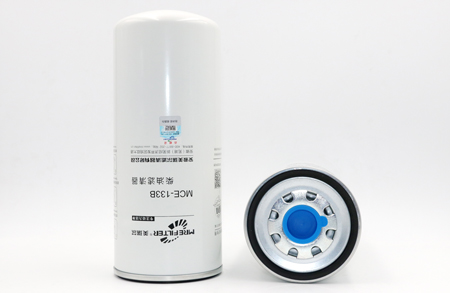 The most harmful to the working performance and life of diesel engines are: impurity particles and pollution entering the diesel engine. They are the number one "killer" of engines. The filter is the only way to avoid foreign particles and pollution. With the advancement of engine technology, the requirements for filters are getting higher and higher.

Due to the uneven quality of filter manufacturers. The filter originally filters the harmful impurities in various substances entering the diesel engine. The engine can work normally under various working conditions and can reach the specified service life.

However, inferior filters not only fail to achieve the above-mentioned effects, but also bring various hazards to the engine. The common hazards are as follows:

1. Use low-cost filter paper to make the filter element. Because of its large pore size, poor uniformity, and low filtration efficiency, it cannot effectively filter out harmful impurities from the substances entering the engine, causing early engine wear.
2. The use of low-quality adhesives can not be firmly bonded, resulting in a short circuit at the filter element bonding; allowing a large amount of harmful impurities to enter the engine, which will reduce the life of the diesel engine.
3. Replace oil-resistant rubber parts with ordinary rubber parts. During use, due to the failure of the internal seal, an internal short circuit of the filter is formed, which makes part of the oil or air containing impurities directly enter the engine, resulting in early engine wear.
4. The material of the center tube of the oil filter is thinner instead of thicker, and the strength is not enough. During use, the center tube is sucked and collapsed, the filter element is damaged and the oil path is blocked, resulting in insufficient engine lubrication.
5. Metal parts such as filter element end caps, central pipes, and shells are not treated for rust prevention, which causes metal corrosion to produce impurities and makes the filter a source of pollution.